From fixing shattered windows to funding a Black business revival

What prompted you to get involved in helping Black-owned businesses in Oakland?

I think my lane has always been the relationship between Black people and real estate as a means of community investment. And real estate and impact investing was my focus during my time in the full-time MBA program at Berkeley Haas. So, when the protests started, I had these visceral feelings as a Black woman and, at the same time, I had this professional knowledge and skill set that saw how our businesses were struggling.

After the protest, I walked around the next day (May 30) and saw a wide range of damage. I could see Black businesses were more vulnerable. I’m what’s referred to as overly practical, and I’m pretty engaged with politics. So I just said let’s raise some money; I didn’t think we needed to delay.

So, overnight you started a GoFundMe account. What was it for?

At first it was just to fix things. I’m very involved in real estate in this community. I know how much it costs to fix a piece of glass and what these business owners are paying for rent. Lots of people I know spent the night in their shops, protecting them. I wanted to make sure we could quickly fix those shops, and I didn’t want my friends to put their Black lives at risk in order to protect property. I thought, let me do my part. I can’t spend the night with people in their shops, but I know how to fix their windows.

How did you feel about the protests themselves?

I am supportive of protests in all forms. So I was aware of the people who were more responsible for the damage—but it’s easier to fix windows than racist systems. I felt the conversation around the damage was a distraction. I thought, if we fix the windows can we stop talking about damage and go fix the real problems?

Was it difficult to raise the funds?

No, we quickly raised the first $5,000. I was aware there were people I knew who could help. Even though I have a lot of business relationships and sit on a lot of boards, I didn’t want to have to explain to people why we needed to prioritize Black businesses. I was worried that explaining that these protests are the result of Black people being killed on the streets would be too emotional. So I reached out to people I knew. I went to family and friends—some of which ended up being Haas people who volunteered and donated immediately, for which I am very grateful.

What made you want do something larger than fixing windows?

I have always been interested in the built environment and its relationship with the Black community. I’ve wanted to find ways to serve my community and work to improve it toward a better future. As soon as I realized there was energy and resources out there, I thought, let’s channel it beyond just an initial reaction. From my technical experience, I knew that the problem is bigger than protest damage. But how do we channel that into longer-term action beyond cutting checks? So I partnered with Trevor Parham, owner of Oakstop, a Black-owned coworking space that provides support to Black entrepreneurs, and they established our fiscal sponsorship through the Alliance for Community Development, to start the Oakland Black Business Fund.

What have you done so far and what are your goals?

Based on our estimates, we need $10-$25 million in technical assistance and rent-debt clearance funds. The goal is to reach the first million by October. Then scale up to $5 million by the end of the year to support 50 businesses in damage and debt relief. Then serve 500 businesses with $25 million by 2021.

You mentioned turning to your friends from Haas for contributions and volunteers.

Yes, a lot of the people who ended up contributing dollars and larger relationships were my classmates. That’s because there is an idea of community at Haas which says let’s support each other. I always considered it a school in the community. It’s not meant to be an ivory tower. Haas is uniquely positioned in thought leadership to figure out how Black businesses can survive in the post-COVID-19 world. Actually, we have an internal culture at the Oakland Black Business Fund, and it is inspired by the Haas Defining Leadership Principles. The principles are the real deal—I feel very strongly about them. 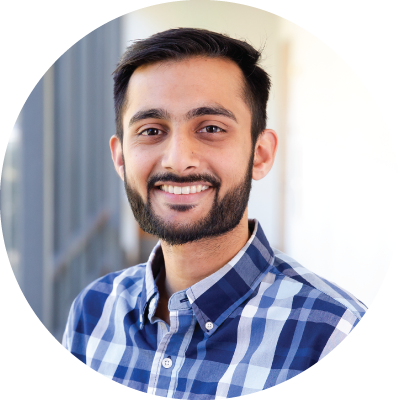 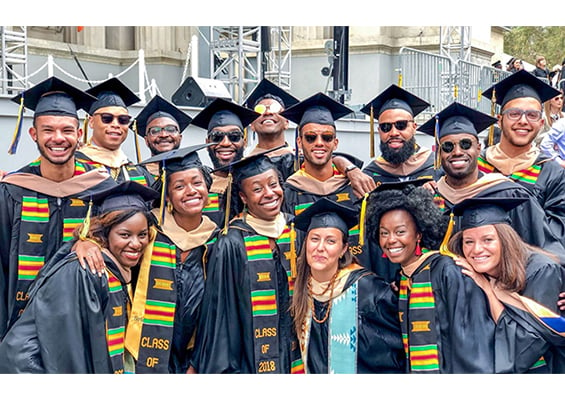 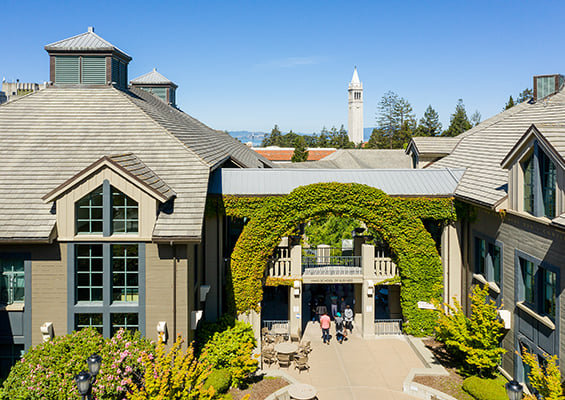