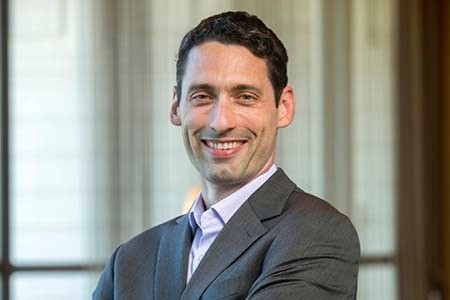 How an executive MBA paid off for this product marketing director

For product marketing director Adam Kerin, EMBA 16, it hasn’t taken long to see the return on investment (ROI) from his Berkeley Executive MBA. One of the very first assignments in his finance class, he remembers, was to determine whether the EMBA degree was worth the ROI. “We actually did the math, projecting long-term potential increase in salary after getting the degree,” he says. “I think I’m already close to achieving that number, and I just graduated in January.”

Adam had been working in product management and product marketing in the San Diego area while he pursued his MBA. Eight months after graduating from Berkeley Haas, he moved to Santa Clara to join the semiconductor and software company Nvidia as director of product marketing. “I feel like I’ve left the provinces and returned to Rome,” he laughs. His new firm is a red-hot Silicon Valley company that has moved from creating graphics cards in the early 1990s to being on the forefront of autonomous vehicles, virtual reality, artificial intelligence, and robotics. Its CEO, Jen-Hsun “Jensen” Huang, was named Fortune magazine’s 2017 Businessperson of the Year.

Adam’s MBA payoff began with the confidence that his new degree brought. For the role he was seeking in product marketing, an MBA “was table stakes, necessary just to get your foot in the door,” but it also enabled him to ask for a higher salary. Beyond that, it equipped him with the broader perspective of how to run a business and opened his eyes to fields beyond the world of commerce.

“We actually did the math, projecting long-term potential increase in salary after getting the degree. I think I’m already close to achieving that number, and I just graduated in January.”

“When we did our Washington, DC Immersion Week, I learned that any cutting-edge business should expect to intersect with government,” he says. “The DC experience gave me insights into how that world works.”

The ongoing benefits of his MBA also include lasting relationships through the Berkeley Haas Alumni Network – both professional and personal. During his job search, introductions from classmates opened the doors to interviews at Facebook and Google. Yet another benefit came through one of Berkeley Haas’s Defining Leadership Principles and the opportunity for alumni to audit classes for free. 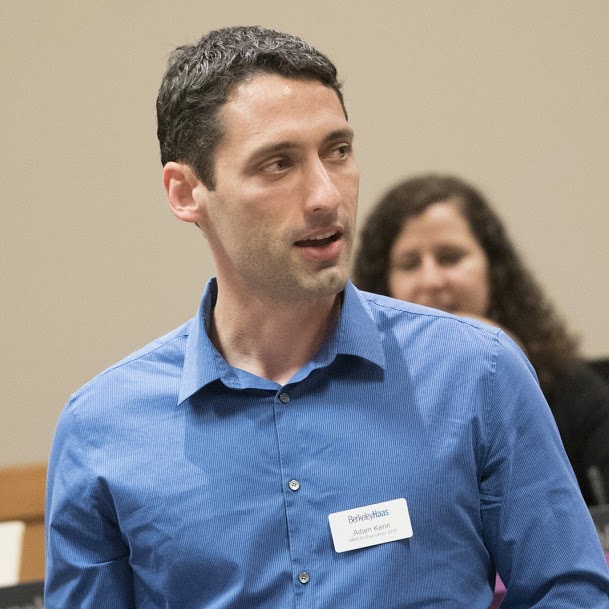 Inspired by the school’s program of free lifelong learning, Adam has recently been auditing the Berkeley Evening-Weekend MBA course “Accelerating Change Readiness,” taught by Homa Bahrami. “During the two years of my EMBA program, I became addicted to learning new things and I wanted to keep that momentum going,” he says. “No longer can you just sit on your degree for a few decades – constant learning is now a requirement to stay competitive and agile.”

Even the ROI on that single course has been immediate, he says. On his first day on the job at Nvidia, he asked his new boss to show him an organizational chart of the company. “We don’t believe in org charts,” came the reply. He soon learned why in his Change Readiness course: many innovative firms refuse to buy into a traditional hierarchy and welcome input from all the boots on the ground. “It changes the mentality of what a ‘team’ really is, and you don’t get stuck in siloes when working across an organization,” Adam explains.

He also used Professor Bahrami’s framework for a team charter exercise. As Nvidia reinvents itself from an old-school silicon designer to one providing new platform solutions, Adam’s team is responsible for marketing all the developer software for those platforms. “We now have a dedicated product marketing team for all developer software, and we’re trying to help achieve the vision for this rapidly changing company,” he says. “We’re crowd-sourcing the expertise of the people actually living and breathing these products.”

More than once during his studies, Adam learned about a concept on Saturday that he could immediately apply at his job on Monday. His Berkeley Haas experience has really opened his eyes as to how much he doesn’t know but also what he can learn to get where he wants to go. “My Berkeley MBA has given me the confidence to make these job transitions and aim high,” he says.

What could you learn to get where you want to go? 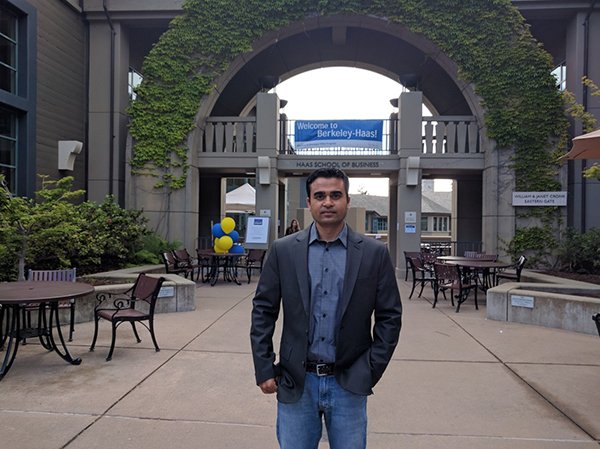