From entrepreneurship to finance: How an MBA community helps with the next move 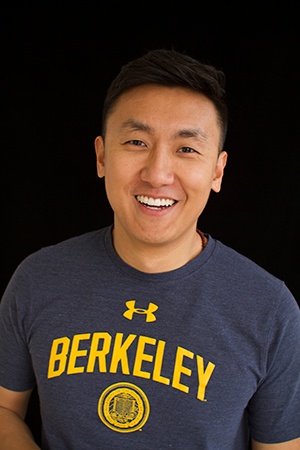 As a successful entrepreneur of several ventures—including two e-commerce sites and a co-working space—Sean Li first decided to pursue his MBA to scale his current businesses. Based in Los Angeles, Li chose the Evening & Weekend Berkeley MBA Program in hopes that he'd build the finance skills to take his projects even further. And while he's honed the skills he has needed to do this, he's also found the Haas experience and network to be more impactful than he imagined—so much so that he's now exploring a career move into finance as a way to advance both his business impact and himself.

"After almost 10 years of being an entrepreneur, I had worn multiple hats, so I hadn't really developed any one dominant skill. I always felt like I wanted to learn more about finance because it plays a big role in scaling business. I wanted to hone my quantitative skills so I can help businesses grow." He adds, "For me, it's not about the money. It's about providing more value to more people. That should be at the heart of every entrepreneur’s and business person’s goals. How many people's problems am I solving?"

In his first year, Sean has already deepened his quantitative skills in useful ways for his businesses. "I've used what I learned in class to dig deeper into analysis of our e-commerce businesses and look at customer data that I never knew how to read before."

But Sean's decision to attend Haas went deeper than his goal to hone certain skills; he chose Haas for its unique exposure and access to the tech industry. "I knew I was interested in high finance around tech and media. I wanted to grow my network of tech enthusiasts, and peers who could lend some guidance in next steps for a career move in finance related to tech."

"Haas has helped me realize that I want my next chapter to be in finance, specifically in banking. Haas is already helping me gain both the skills and network to make this shift successfully. Haas students are extremely helpful. They've shared resources on how to get from point A to point B, they've introduced me to professors who can connect me with summer internships, and they've advised me on the clubs to join to improve my exposure to finance opportunities."

Indeed, Sean has found his growing Haas network to be the most exciting part of the MBA experience.  His classmates have opened new doors for him in terms of career possibilities and advancing his interest in finance. "The EWMBA community has certainly been helpful in my pursuit of finance and banking. When I started at Haas, I explored Management Consulting and Product Management (PM) tracks like many students and was able to easily connect with Haas students in those fields. Recently, fellow classmates reached out about PM interview practice and multiple students with backgrounds in PM immediately volunteered to help. That speaks volumes about the community here at Haas." Through meeting with other Haas students who worked in this field, Sean learned how they shifted from other roles, like consulting or supply chain management, to banking and finance. He's been able to plan his own steps based on their valuable experience and advice.

As a student who commutes from LA to the Bay Area, Sean is still constantly interacting with his classmates—whether it's in person or through Slack or WhatsApp. "We connect on everything, from asking about car insurance to important dates and tips on tax filings."

"For commuters and locals alike, we all stay in touch digitally so it rarely feels like I’m out of the loop on anything at school. There are school and club events that occur during the week that I prioritize based on my interests, and I have always been able to participate in case competitions because many classmates interact online."

Sean has been so active in connecting with students across Haas programs that he's launched yet another new project: a OneHaas podcast. "I'm always networking and meeting with Haas students, and I thought a podcast would be a great way to share these conversations and connections with others. I get to interview and talk with interesting students while helping spread their stories with listeners who may be interested in similar work. I want to be part of others finding their network," he says.

While the relationships Sean has formed at Haas will help him in his next step to intern as a summer associate at an investment bank or private equity fund, he's also confident that his MBA experience will help him in the longer-term. "Haas is the kind of culture that is driven by self-initiators. It's very compatible with my approach as an entrepreneur, and it’s this kind of culture that will prepare me the most when I use my MBA to enhance higher-stake businesses in the future."

The network and skills to make a career change are among Sean Li's benefits from an MBA. For more, see our 16 benefits of an MBA.

Eileen was Senior Assistant Director of Admissions for the Berkeley MBA Programs for Working Professionals from 2017-2019. She enjoyed meeting prospective students and helping them explore the benefits of an MBA, and hopes these blog posts provide valuable insight into the Berkeley MBA experience.