What do you do after you've served over eight years in the U.S. Army, from deployment in Iraq as a platoon leader to conducting training missions as a counterintelligence officer? If you're Kevin Nguyen, you enroll in the Berkeley MBA for Executives Program, of course. Nguyen joined the Army out of high school prompted in part by the events of September 11, 2001. He served as an enlisted soldier for three years before enrolling at West Point in 2005 and earning a bachelor's degree. His last Army post was as a deputy brigade intelligence officer conducting NATO training missions in Germany and Poland.

Nguyen holds a Master's degree in Learning Design and Technology from Stanford University. He was Director of Product Management at Education.com but very recently switched to being a product manager at Intuit while attending the Berkeley EMBA program.

The military taught me how to focus my time on the team in ways that allow them to best prepare, train, and execute without micromanaging. When operating in dynamic and ambiguous settings, you learn to communicate both effectively and efficiently with people from all sorts of backgrounds - you figure out how to explain things to different people in the best way for them.

The other thing you learn is that a good leader knows how to be a good follower. I think that's a concept people don't often discuss when they talk about leadership. A leader isn't just someone who gives speeches and does the big stuff, but also someone who has humility, can recognize when they're not the expert, and be willing to give up control/follow instructions for the betterment of the mission and team.

Why did you want to pursue an MBA? Why does it matter to you?

When I left the Army, I studied learning design and cognitive science at Stanford and then became a product manager in the educational technology industry. I spent three years in a startup and learned a lot, but it seemed to me that my peers who went into the field right out of college had much more experience. I thought an MBA would give me the technical product management and business skills I needed to "catch up."

Professor Toby Stuart's Silicon Valley Immersion and Professor Maura O'Neill's New Venture Finance courses were incredibly powerful classes for me. I gained a better understanding of the startup world and perspective on how entrepreneurs and venture capitalists work together to create a new company, from raising money to sticking with the plan through the long haul. Drew Isaacs' Opportunity Recognition is another terrific class; it's addressed a lot of my curiosity on how innovation really works.

I thought about enrolling in a full time MBA program right out of the Army, and I visited quite a few campuses. But all of them felt a little artificial, and I tabled the idea for a while. When I started to investigate business school again, Berkeley Haas just felt different: The students I met showed genuine interest in me and even followed up months after I met them to see how I was doing. I saw that the Defining Leadership Principles weren't just a marketing ploy, but a true reflection of the culture of the school. 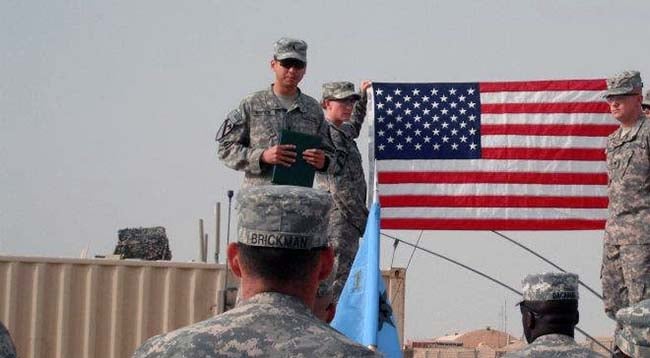 Military experience made us think about the big picture first. That has helped me contribute to class discussions, particularly for case studies. We’re able to level set conversations, bring some diverse perspectives and ensure we learn from the larger, key points instead of going to the granular level first or being pedantic to frivolous details.

We’re also able to effectively participate in group work. Having worked with people from around the world, this translates one-to-one with my classmates at Haas who are from all over, both geographically and industry-wise.

Generally speaking, do your research and have at least an opinion of what you want to do with an MBA. Many vets automatically turn to an MBA as the logical next step out of the military and hope they figure out what they want to do while in school. While that’s certainly a possibility, you’ll get a better return on investment if you know beforehand and pick a school that has a strong background in that.

How has Berkeley Haas made your goals more possible?

For one thing I was able to transition to a new job at Intuit! More importantly, Haas has opened my world to different opportunities to make an impact. Through the Center for Social Sector Leadership, I volunteered for a year as a board member for Stellar Academy for Dyslexics in Newark, CA, and saw how much I could help in the education space in meaningful ways other than teaching and building product.