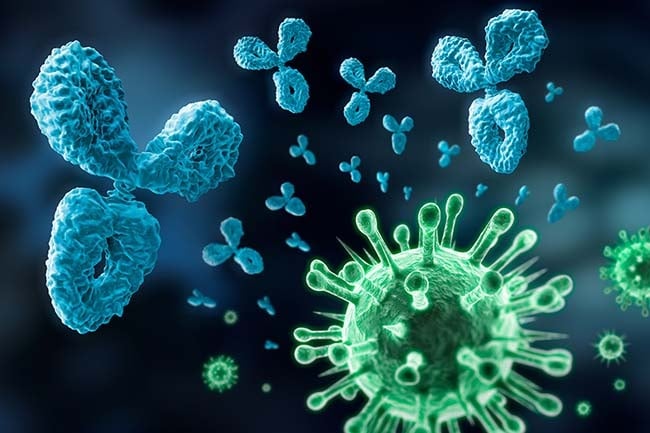 Anyone who’s launched a startup knows that the road to success is never straight or smooth. Riding the inevitable ups and downs and finding your way to financial success requires many factors, not the least of them finding the right leadership team for your fledgling company. The Haas Alumni Network (HAN) has been the matchmaker for many professional partnerships, and the story behind GigaGen is one of them. When two Berkeley Haas MBA entrepreneurs connected at a HAN event, it began an alliance that would spell GigaGen’s ultimate success. 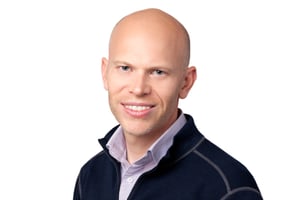 In 2013 David Johnson had just started the Berkeley MBA for Executives Program. With a Stanford PhD in genetics, he’d already enjoyed success as COO at Natera – a biotech firm providing molecular diagnostic services for reproductive genetic therapies such as in vitro fertilization. He left that company in 2010 to launch GigaGen, a biopharmaceutical company developing novel antibody and T-cell therapies derived from immune repertoires. David had already raised $1.5 million in seed money and received a few grants from the National Institutes of Health (NIH) and the National Science Foundation (NSF). GigaGen had begun developing the first recombinant intravenous immunoglobulin and immuno-oncology therapies, in addition to a pipeline of other products.

That’s one of the things I wanted from the EMBA program: introductions to people I wouldn’t otherwise meet.”

After a few setbacks with his VC backer, David had won more NIH and NSF funding, as well as a big pharma contract. But a greater source of income was necessary for GigaGen’s anticipated growth and he knew that he needed a solid fundraiser with targeted expertise and deep credibility. “Get someone with drug company experience,” one VC advised. That was on his mind when he attended a HAN event at the Menlo Circus Club in February 2013.

Enter Carter Keller. Prior to attending Haas in the Full-time MBA Program, Carter had received his BSE from Stanford in chemical engineering and pre-med. Since he graduated from Berkeley-Haas in 2004, he’d been working in marketing for pharmaceutical firms.

With colorful name tags identifying their common industry, David and Carter found each other quickly. Carter’s firm had just experienced the failure of one of its clinical studies and was laying people off. David’s nascent company sounded promising. The two men soon discovered a mutual appreciation of results-oriented hard work, transparency, and data-driven decision making, says Carter. He joined GigaGen as chief operating officer in December 2014, and in July 2017 the company pulled in a $50 million deal from global healthcare company Grifols, which currently produces pharmaceutical products from human plasma. GigaGen uses its patented recombinant technologies to produce antibody drugs, which promises to modernize the methods currently used at Grifols.

“Bringing Carter on was directly related to winning this big contract,” David says. “I’ve learned so much from him, and it’s enormously valuable to have a guy at the table who’s been around the block.”

The admiration runs both ways. “David is easily one of the smartest, hardest-working people I’ve ever met,” Carter says. “He’s mastered so many areas of science – including genetics, microfluidics, antibody discovery and engineering, and protein expression – and has used this knowledge and a lot of sweat to create new and commercially valuable technologies.”

Both men credit their Haas experience with the effective partnership they’ve made. “I recently mapped my LinkedIn connections,” says David. “While my contacts through science and my startups clustered together, my Berkeley-Haas classmates were all over the map. That’s one of the things I wanted from the EMBA program: introductions to people I wouldn’t otherwise meet.”

Carter sees another advantage. “Haas has quietly been stoking the fire of the biotech industry by supplying leaders to organizations of all sizes and training entrepreneurs to build the next set of biotech companies,” he says. “Biotechnology is a team sport and Haas graduates are the best in the world at working productively in a team environment and leading teams to successful outcomes."

Kevin Coldiron brings a storied career into the classroom

Kevin Coldiron brings his wealth of experience and a treasure trove of stories to the classroom. In the mid-1990s, while at Barclays Global ...

Before entering academia, Professor Christine Parlour worked in reinsurance and also in securities settlement, two jobs that focus on the mechanics ...