The ability to “fail forward” is an essential trait for entrepreneurs. After Alexander Polyansky’s first business venture folded, he moved forward by gaining specific subject-matter skills on the job and by learning at Berkeley-Haas the pragmatic and strategic basics of how to run a business. 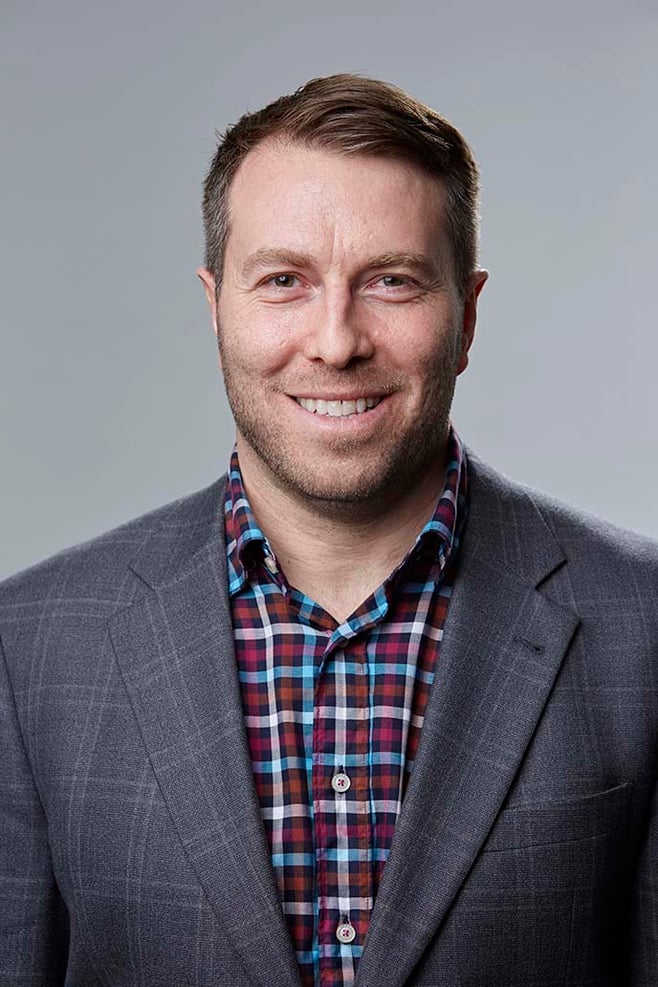 Following his undergraduate studies, Alex had first put his engineering background to work studying innovation and examining others’ inventions as a patent examiner at the US Patent & Trademark Office. In 2013, he enrolled in the Evening & Weekend Berkeley MBA Program.

Six months into his studies, a classmate introduced him to a patent attorney at UC Berkeley’s Skydeck accelerator. “Four hours later, we had the idea that became Nventi,” says Alex, the startup's co-founder and COO.

Among this MBA entrepreneur's standout influencers: Dean Lyons for his commitment to the Haas commnity; Industrial Engineering Professor Lee Fleming for his research and contribution to Nventi’s proof-of-concept; Innovation and Design Lecturer Clark Kellogg for his approach to problem solving, creativity, and collaboration;  Assistant Professor Yaniv Konchitchki for insights into how to set up and position finances; and Entrepreneurship Lecturer David Charron for his introduction to the business models and strategies used by successful entrepreneurs.

“I love being able to apply what I learned in the classroom at Nventi,” says Alex. “There is no better way to learn and benefit from your studies.”

Over the past year, Nventi has made tremendous progress and will soon deploy a functional web application at UC Berkeley and the UC system. Alex attributes much of this success to the outstanding team that he and his co-founder Saad Enam have built, his professors, the Haas Alumni Network, and the Skydeck startup accelerator.

“The entrepreneurial environment at Berkeley is as good as it gets,” says Alex.

Learn more about the resources available through the Berkeley-Haas Entrepreneurship Program to MBA students launching ventures.

Eileen was Senior Assistant Director of Admissions for the Berkeley MBA Programs for Working Professionals from 2017-2019. She enjoyed meeting prospective students and helping them explore the benefits of an MBA, and hopes these blog posts provide valuable insight into the Berkeley MBA experience.