“I don’t say no to help. I say yes to anyone who can help me.” That could be a parent willing to take her daughter to a school event or a professor offering advice on her start-up. And she is getting better at asking for help. It is easy to ask her six-year-old twins (a boy and a girl) to play with their two-year-old sister while she studies. “They are very easy-going,” she says. “And I don’t even have to ask my husband to help out. He participates fully in our home life.”

Kadidia also answers with a resounding “yes!” when anyone asks her if a parent can succeed in an MBA program. “Yes, you can do it. You will not be the first or the last. You are capable; be confident.”

Up to this point, Kadidia’s career has been very technical, grounded in math, engineering, and computer science. As a lead data scientist at the National Energy Research Scientific Computing Center, or NERSC, she collects data on how NERSC’s supercomputers are being used and analyzes it to predict and optimize future usage. She calls it “orchestrating the systems.”

Even before enrolling in the Berkeley Haas Evening & Weekend MBA program, Kadidia had taken her first steps toward entrepreneurship, and she knew that the success of her start-ups depended on her ability to understand and leverage the language of business. She was attracted to Berkeley Haas for its networking opportunities and the deep resources available for entrepreneurs, as well as its location.

Kadidia credits Rhonda Shrader, executive director of the Berkeley Haas Entrepreneurship Program and leader of the two-day HATCHLab Startup Weekend program for “phenomenal support and incentive” in focusing Kadidia’s vision for HairRobotics, her start-up idea. “The last time I had my hair braided, it took nine hours, and that was with two women braiding,” she said. “And the difficulty isn’t just the time or the cost for the customer. The braiders often develop carpal tunnel syndrome and have back pain from standing for long hours. Salon owners can’t raise prices too much, so the profit margin is slim. The traditional service isn’t working for anyone. My solution would leverage technology to enable faster braiding at a lower cost, allowing for increased demand and revenue and protecting the braiders’ health.”

At HatchLab Startup Weekend, Kadidia fleshed out her idea and met other student entrepreneurs. She even left the weekend program energized enough to immediately interview 30 customers to validate the problem.

She also applied for Berkeley StEP, where she met more professors and budding entrepreneurs. “They all agreed that I had a good idea but needed help organizing myself. I said, 'yes!,' and started working with a Harvard professor, Mike Grandinetti,  who is advising me and is using HairRobotics as a class project.” More assistance came her way through the Blackstone LaunchPad, which provided seed funding that allowed Kadidia to begin forming a team of engineers and other experts. She also is using the online community BearX to recruit her HairRobotics team.

“I am so excited that my start-up ideas and I are growing at the same time here at Berkeley Haas – HairRobotics and also my nonprofit, nopreeclampsia.org."

Kadidia founded nopreeclampsia.org to raise awareness of the condition, which she had during her second pregnancy. Preeclampsia is a complication of pregnancy that can cause premature delivery and put the mother’s life at risk.

“I was fortunate to receive good care here in the States, but many women in my home country, Mali, are at much greater risk. Initially, I thought the problem was women being unaware of their blood pressure and that I could solve it by giving women blood pressure cuffs so they could visit their doctors when something looked wrong,” Kadidia said. But then, using what she had learned at Haas about the importance of looking at a problem through your customers’ eyes, she started talking with doctors and hospital administrators in Mali, also important customers.

They cautioned her that too many women would not know how to read their blood pressure results, and those who did were likely to think that they could manage their own health instead of seeing their doctors—which is really what they need to do. Plus, she learned that in addition to blood pressure cuffs, doctors lack magnesium sulfate—the only medication used to prevent seizures—to give to women with preeclampsia.

“Now, thanks to being better prepared as an entrepreneur, I am re-focusing the organization to prioritize the concerns of doctors and hospitals and am educating myself on what it would take to manufacture or import magnesium sulfate in Mali.”

Her most important village will always be her family. “Managing kids means managing yourself,” she said. “Being in school forced me to stop procrastinating and postponing.”

An example is her “batch cooking” approach to ensuring her family eats healthy meals. Once a month, Kadidia dedicates a day to cooking the array of sauces that are integral to Malian cuisine. “I deep freeze them, and we eat them with rice or lentils at lunch,” she said. “At dinner, I cook fresh, drawing on dishes from the many places I have lived and traveled: Brazil, India, France, Italy, Spain, or Ivory Coast. My kids are good eaters and enjoy everything that I cook, which makes me very happy.”

Another family ritual that has been adapted during Kadidia’s studies is the bedtime story. “Because I am in school two nights a week, the twins complained that I wasn’t there to read them a bedtime story,” she recalled. “So, I started reading them a story after they come home from school and my husband reads to them at night. Now that they are starting to read themselves, we read together!"

From adapting family life to finding support and direction for her start-up ideas, Kadidia demonstrates that parents can, in her words, “build your villages for your kids, your career, and your aspirations.”

Interested in pursuing your own entrepreneurship ventures? An MBA from a top business school can help you grow your network and leadership skills so you can take the next step toward a fulfilling career. 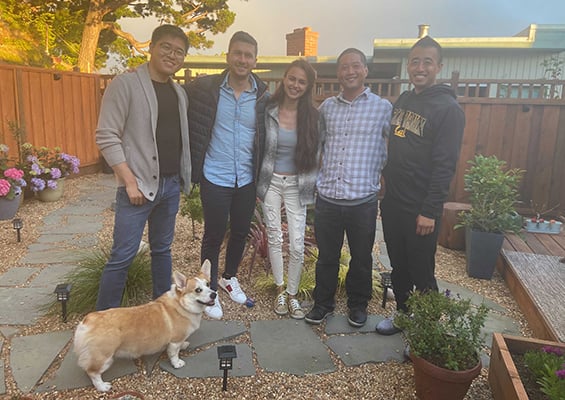 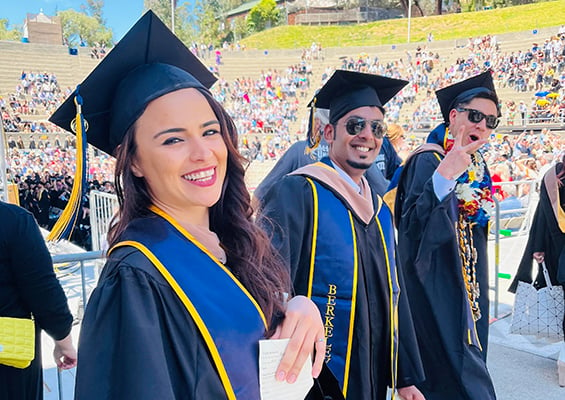