An Executive MBA: Worth so much more than the financial ROI 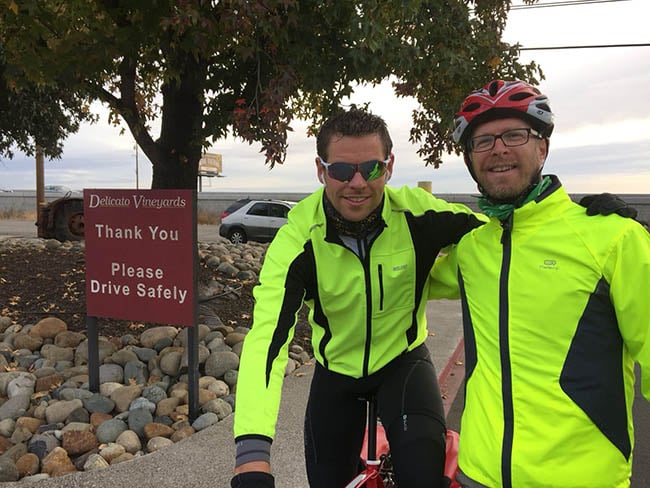 As an engineer, Tom Duggan (above left) took an analytical approach when considering whether an executive MBA (EMBA) would be worth the time and money. His salary projections led him to expect a marginal return on investment (ROI) over 10 or 15 years. But now, just one year after earning his degree in the Berkeley MBA for Executives Program, he’s made a dream career move that took him from Idaho to California—and achieved his ROI in less than three years.

Born and raised in Ireland, Tom acquired a bachelor’s of engineering degree and a master’s in business from University College Dublin then spent a decade working at Glanbia Nutritionals where he rose from process engineer to director of project management. But in 2015, toward the end of a large capital-investment program, Tom saw an opportunity to pursue his executive MBA. After completing his Berkeley degree in 2017, he joined Delicato Family Vineyards in California’s Central Valley as vice president of engineering and maintenance. Delicato’s operation includes four wineries that collectively produces about five percent of the U.S. wine supply—more than 10 million cases a year.

“This position wasn’t part of a long-term strategy,” Tom says. “It was frightening to move out of my industry and out of my comfort zone, but I’d seen my Haas classmates taking great risks. I applied for it on the spur of the moment, and it really turned out in my favor.” In his new role, he’s doing the same kind of engineering work he’d done before but with projects, divisions, and teams at a much greater scale. Tom’s EMBA has given him the skills to think more strategically, use data more effectively, and ask the right questions. Now he also understands how to motivate and get the best out of people.

Tom’s return on investment began before he’d even completed his EMBA while he was still at his previous job. “Initially I viewed the time and mental energy spent away from work as a cost, but dealing with those challenges forced me to work more strategically,” he says. While still at Glanbia, rather than trying to complete a project as a direct contributor, Tom built a hypothetical organization chart with specialists capable of performing each required function. He lobbied to get the positions approved and built a team to execute the project more efficiently than he could have on his own. At the same time, he created whitespace for himself to be able to continue focusing on higher-level strategic tasks. “That led to being promoted twice at my old job, then rising to my current role as VP of engineering for an entire organization,” he says. 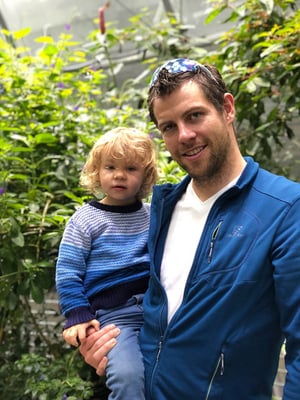 Finally, there is the personal ROI. Traveling from Idaho to Berkeley for five days every three weeks added even more time to the classes, assignments, required reading, and stress for Tom. He even had to be in class on his wife’s due date with their first child. But the personal benefits have already paid for that sacrifice many times over, he claims. “Experiencing such a challenging and exciting adventure with 69 other classmates has forged bonds that will last a lifetime,” he says. “I realized a dream to relocate to California and new communication and leadership tools have given me the confidence to aim higher and to become a better husband and father.”

To those considering the costs and benefits of getting an EMBA degree, Tom offers this advice: “When evaluating the time and financial burdens of the endeavor, keep in mind that the benefits in other areas of your life – personally, socially, and emotionally – will considerably outweigh them.”