When students in the Berkeley MBA for Executives class of 2016 explored entrepreneurship in depth through the program's Silicon Valley Immersion Week, Poets & Quants joined them, writing two stories about the experience for the business school news website.

Haas EMBAs Follow Silicon Valley Expansion shared an overview of the immersion, in which 69 executive MBA students visited 28 firms in Silicon Valley and San Francisco to explore startup life and gain skills applicable to other areas of business. Along the way, they worked through case studies while on campus at Google, Zynga, and Airbnb, and had access to founders and CEOs at the startups they visited.

“A lot of what I do is get people to try to understand what the potential of entrepreneurship’s all about, what’s special about this part of the world, what’s happening right now, the relevance of what’s happening here to large companies in different places,” Professor Toby Stuart told Poets & Quants (P & Q).

Silicon Valley Immersion Week is reflective of the Berkeley MBA for Executives Program emphasis on experiential learning, delivered through five immersions. “These allow students to put classroom learning into a real-business context,” said Jamie Breen, the program's director of strategic planning and operations, who noted that EMBA students, in particular, can more rapidly translate theory into action.

In Haas in Silicon Valley: Student Profiles, P & Q featured interviews with current students and a graduate of the Berkeley EMBA who became an entrepreneur, due in part, to his immersion week experience.

Sally Allain came out of the week asking herself how she could put what she was learning to work to “drive innovation internally” at Johnson & Johnson, where she is director of external alliances, immunology, for the Janssen Pharmaceutical companies.

She also realized, “I could walk away from this week, as well as the executive program, and have the tools to start down that (startup) path if I want. The energy is high, exciting. It’s cutting edge.”

Pediatric surgeon Wolfgang Stehr told P & Q  that he came to the program with no knowledge about startups. “This week, that totally changed...It has moved from, ‘I have no idea how to do this,’ to, ‘I could be doing this and it’s basically only one step away.’”

Mark Gorenflo, operations director of Defense Innovation Unit Experimental, told P & Q he’s intrigued by the idea of applying his leadership and operational experience to a company in later stages of VC funding that has a product, customers, and revenue, and wants to scale up. “That’s an area where I think I could add value,” he said.

P & Q also spoke with Luke Johnson, a 2014 graduate of the Berkeley MBA for Executives Program who last February launched Neat Capital, a peer-to-peer mortgage startup, in Boulder, Colorado. He said his Silicon Valley Immersion Week was crucial to his ability to launch the company. 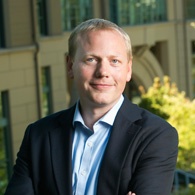 “The week really did demystify entrepreneurship for me, the most glorious parts that are publicized, and also the most crushing moments that most entrepreneurs really experience all the time,” Luke said.

“Listening to their struggles has helped me to learn, of course, what not to do, what mistakes people have made, and how successful entrepreneurs have scaled and de-risked opportunity. But most importantly, it also made it much more accessible.”

“All of this boils down to more confidence, ” he concluded, “which is so crucial for an entrepreneur.”

Want more on this immersion in entrepreneurship? Watch the video from the very first Silicon Valley Immersion Week.

Step into a Berkeley EMBA classroom, and you will be stretched and challenged both by your professors and your peers.

Berkeley MBA students now have another opportunity to experience business culture abroad, while polishing their consulting and design thinking skills ...