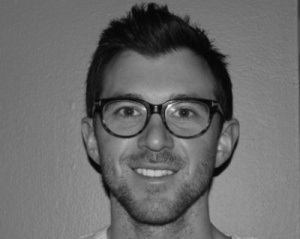 Nick Sonnenberg is the founder and CEO of Calvin App (www.calvinapp.com), a productivity tool designed to streamline planning social events via a collaborating voting mechanism and customized recommendations.

In 2005, Nick received his Bachelor's degree in Mathematical Finance and Statistics from the University of California, Santa Barbara. He was later accepted into the Berkeley MFE class of 2007.

Directly after graduating from the program, Nick accepted a position at BNP Paribas, where he was a high-frequency trader for nearly eight years.  Nick started working on Calvin App as a side project until he decided to pursue building his own company full-time. According to Nick, the skills he learned in the MFE program greatly assisted him as both a trader and tech entrepreneur.

“There is definitely an MFE mentality surrounding analyzing data. So the program didn’t just provide me with technical skills, but it also taught me an entire approach to the industry. My mentality is to analyze and monitor metrics. In making plans, a big aspect involves data: analyzing data and human behavior. For example, with machine learning, we can recommend places for you to go, people to see, or suggest restaurants for dinner.”

Nick, who is also launching a premier virtual assistant app to accomplish any task from building a website to renting a house, also said that the MFE encourages students to be extra driven.

“In addition to the math and coding skills, the MFE helps you develop a good work ethic. Since I completed the program, I’ve seen especially in my time as a high-frequency trader that my work ethic was at a different level than others', and I attribute that to the MFE.”

The Berkeley Master of Financial Engineering Program, a STEM designated degree, provides you with the knowledge and skills to prepare you for a career in the finance/fintech industry.