Moving from "Traditional" Finance to Fintech/Blockchain

Many students and alumni want to work in Fintech and often ask me what advice I can give them. I recommend engaging in new coursework in programming (Python, R, C++), Machine Learning and Artificial Intelligence though Coursera, Udacity or Udemy, and of course keep track of what the fintech firms do. It is also very clear that, in order to be successful in Fintech, you must have a good and innovative idea for using 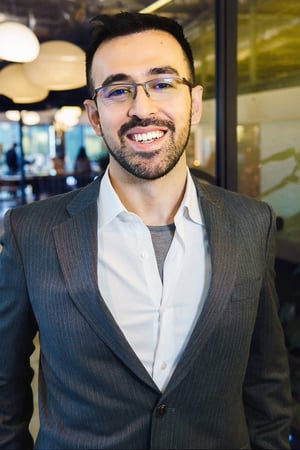 technology to solve a problem that financial services firms have.
These next four weeks, I will publish a series of articles on my blog about the move some of our alumni have recently made to enter the Fintech/ Blockchain field. I am launching my series today with an update on Phillip Gillespie, MFE10 who left the investment banking for fintech/blockchain.
I love to hear stories about my former students being bold, innovative and "trying new things!"  Stay tuned with more updates and my June 15 WebEx conference on The MFE at Berkeley alumni & fintech initiatives.
Phillip Gillespie came to us with a degree from Georgia Tech with a BS in Industrial and Systems Engineering. He worked as a consultant in the financial services industry at Deloitte & Touche, where he consulted for top-tier global financial institutions in Tokyo. He then joined the Electronic Sales Trading team at Lehman Brothers in Japan. There, he and his team provided DMA access and algorithmic trading to leading buy-side firms n the world. Through his work with statistical arbitrage and quant-based funds, he became interested in quantitative finance and applied to the MFE at Berkeley.
After completing his MFE at Berkeley, Phil worked at several investment banks: he was a VP in FX Algo trading at Barclays in Japan for 3 years, then Executive Director at JP Morgan Chase in the FX market making and proprietary trading in Singapore until 2015, and VP/ Executive Director in the FX market at Goldman Sachs in London until 2017. Phil then joined B2C2, a bitcoin trading firm based in London, which considers itself a capital markets firm, not a crypto firm.
From Goldman, Phil decided to enter the crypto field because he thinks that the creation of a new (and large) asset class is a rare and an unique opportunity during the life time of financial professionals. Cryptocurrency hit escape velocity in 2017 and garnered the attention of professional investors, ranging from large institutional players to large hedge funds.  There was a void between the tech innovators that led to the development of the asset class and the rest of the economy, which needed to be filled with financial experts.  Phil's decision to leave the investment bank field and join B2C2 came from his desire to apply his knowledge in trading and managing the foreign exchange business over the years to improve and build the ecosystem to make cryptocurrency a large and efficient asset class. Phil is passionate about his work; he also believes that an asset class like cryptocurrency is exactly where financial engineers can shine and make a difference, and leave a mark on the history of financial innovation.
Learn more about B2C2 whose founder is also from Goldman Sachs.
For more about the Berkeley MFE Program and how we can help you launch or advance your career, go to our website or join an information session.