Changing Careers—How One Berkeley EMBA Student Made the Move 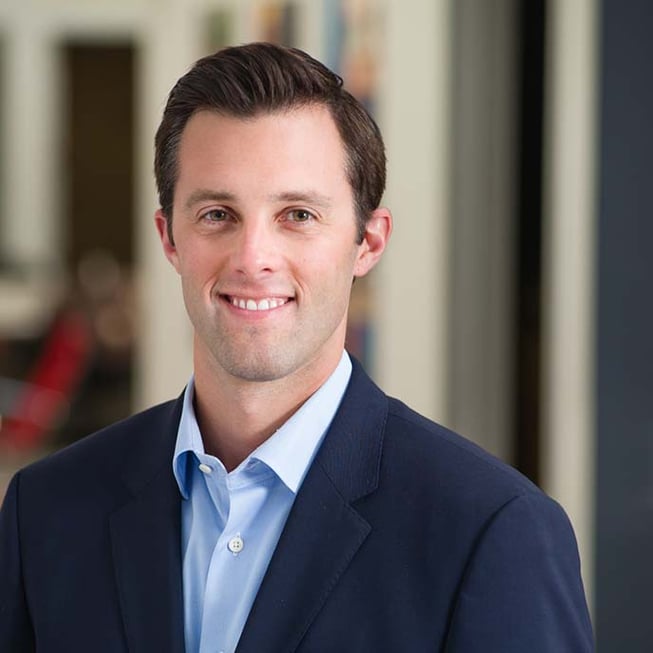 While in the Berkeley MBA for Executives Program, Don Ball has learned how to bring an investment mindset to marketing and gained a 68-person advisory board (aka his classmates).

Ten years into his career, Don Ball knew it was time for a shift.

After years of work in client services—including jobs at a global ad agency and consulting for IBM Global Business Services—Don had a breadth of knowledge about business challenges in many fields. But now he wanted to apply that expertise within a single company in a dynamic industry—the payments field.

He knew an MBA would make him more competitive in his career move, and applied to the Berkeley MBA for Executives Program. But when he landed his ideal job before he even graduated, he braced himself for a challenge.

“It’s certainly not easy to start a new job while going to school at the same time, but I discovered it’s definitely feasible and has some advantages,” says Don, EMBA 15, who now works as the director of global innovation marketing for Visa Inc.

In his new role at Visa, Don immediately began applying the concepts he was learning at Berkeley-Haas. Not only did core courses in areas such as strategy and finance improve his general ability to converse and work with those teams on the job, insight from other EMBA experiences helped him in specific work situations.

As part of a project for the New Venture Finance course taught by Maura O’Neill, Don role-played a venture capitalist, while other students acted as startup entrepreneurs or members of a large corporation’s venture group.

“As the venture capitalist, I actually went through term sheet negotiations with the entrepreneurs and tried to compete against the corporation looking to invest in the company,” Don says. “This insight was really beneficial, as one of teams I work with at Visa is the corporate ventures team, which makes investments in Fintech startups.”

Another helpful class was Turnarounds taught by Peter Goodson. “This course helps you understand how your actions impact value-creation of the business and that, in turn, contributes to an investment mindset for marketing. That has had a major impact in my day-to-day role at work.”

Beyond coursework, Don says he benefited from the insights of his classmates who provided valuable information and feedback during his career transition.

“EMBA participants have a huge variety of skills and expertise, and because all 68 of us are together for 19 months, people really get to know you—they see where you are strong and where you can improve. My classmates provided an intimate advisory board to me through my job decision process. I think that is a major value driver of the program.”

Wondering about the caliber of your potential advisory board? Meet some Berkeley EMBA students via our student profiles.