What Cooking Really Means To Me 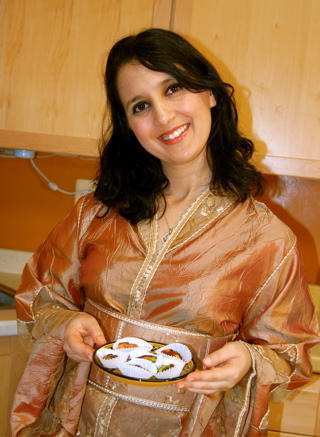 Eight years ago, I fell in love and married a man who is Indian and Hindu. Back home, this choice for a Muslim woman was considered not only a religious suicide, but also a social one.

During those difficult times, Amit and I took a trip to Europe. Strolling out of an alleyway in the historic city of Bruges, we stumbled upon an establishment that took my breath away: “Ryad — Moroccan & Indian Cuisine”. In a time when not many people supported our marriage, the melding of Moroccan cumin and Indian saffron gave me hope. That was a turning point that deepened my fascination with food — what was once a hobby became what mattered most to me.

My “CookingWithAlia” show started a year before my trip to Bruges. Taking advantage of a visit from my grandmother, I filmed and posted online a video of us making my favorite Moroccan pancakes. I thought that having the step-by-step video would help me reproduce this recipe — and so did hundreds of YouTube viewers. I received dozens of requests from people of all sorts, and I quickly recognized that this was a niche to which no one catered. Through trial and error, I learned how to cook and to film videos with the goal of simplifying the mysteries of Moroccan cuisine.

After my trip to Bruges, I looked at my show in a new light. I realized that food is more than nourishment to sustain life; it is art, history, and culture blended together into a single physical medium that is natural to every one of us. I realized that I could use my channel to bring a flavor of tolerance and acceptance to the world, because even when geographical, political, or religious divisions may appear insurmountable, a fusion dish proves that harmony is possible. In my own way, I try to bridge the Arab and Western cultures, which unfortunately, have drifted apart in the past decade. For instance, I celebrated Thanksgiving with a video on how to make a “Pumpkin Pie with a Moroccan Twist” by adding orange blossom water and honey to the pie filling, and Ramadan with a video on how to prepare Algerian dates dipped in Belgian chocolate. By using familiar ingredients in a foreign dish, I aim to remove the veil of the unknown and spark interest in an unfamiliar culture.

More than a cultural platform, my cooking show is an invisible web that connects me to tens of thousands of people on a daily basis and allows me to bring a moment of happiness to many of them. After a long day of work, I rush to read and answer my viewers’ emails: from Hoda, a Moroccan girl adopted by French parents who is learning Moroccan cooking to connect to her roots, to Christine, a Canadian woman wowing her Algerian husband with her new North African cooking skills, to Pongsak Sriboonpeng, a Thai native who is thrilled by his ability to re-create some of the memories from his Moroccan trip. When I click the “reply” button, I feel a sense of humility that my work was able to touch these people, and a sense of amazement about being able to create an international family around a virtual dinner table, something I longed for growing up with my single father. 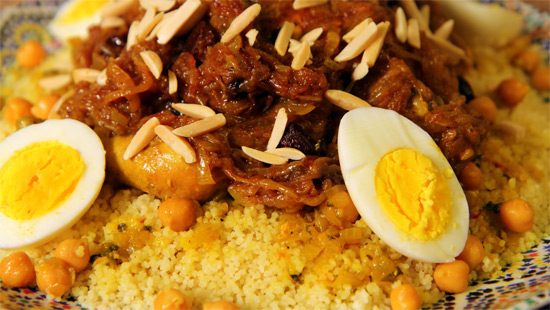 I research and try recipes with the intensity of Wall Street analysts dissecting a stock. Every week, I am looking for the ‘Winning’ recipe, not only to introduce non-Moroccans to a unique and rich culture and bring Moroccans closer to home, but also hopefully to spark a ‘Bruges’ moment in my viewers’ mind. I am passionate about food for its ability to speak about cultures; I am passionate about people and their unique stories, and my dream is to touch peoples’ lives and open their hearts to tolerance and cultural diversity, one recipe at a time.

Note From The Editor: Alia is a former New York consultant and full time MBA candidate in the 2013 class. She is also one of the great chefs featured in YouTube's "Next Chef" program. You can check out all of Alia's videos on her website: Cooking With Alia.