Haas ranked #1 in support for LGBTQ students: one student reflects on being an ally

Friendfactor says Haas moved to the top by:

"...Engaging a whopping 75% of their student body in their LGBT ally initiative through 13 activities over the fall. Their biggest hits were a 200-person speaking event with openly gay Brigadier General Tammy Smith, an Ally Pledge and t-shirt sale during National Coming Out Week, and an educational Ally Guide distributed by the dean to every student."

In today's post, a full-time MBA student reflects on what he has learned about being an ally, and what it says about the culture at Haas.

Back in September, the Q@Haas board was preparing for Coming Out Week and one of our goals was to have allies—friends and supporters of the LGBT community—make a big public showing. We planned on making t-shirts that our students could wear to show their support. We ended up selling about 250 “PROUD” shirts and took a couple of sweet photos in the process. 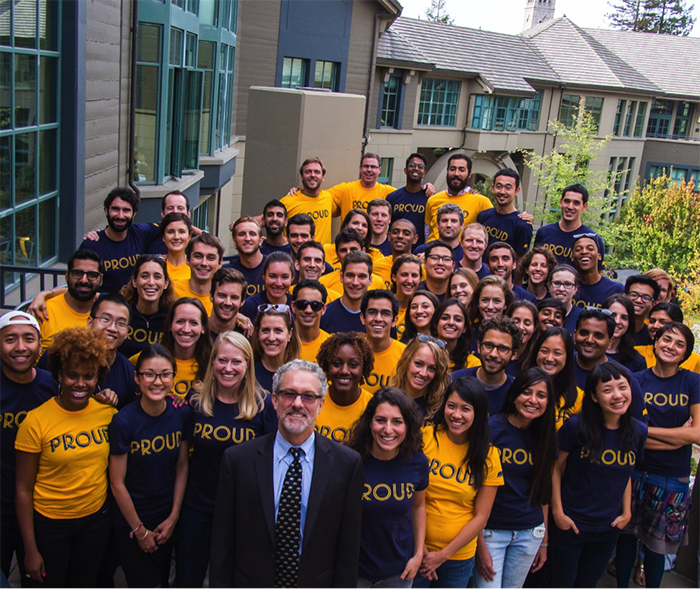 My original plan for the shirts was something entirely different. I wanted to really call out the allies, and be very explicit about it. Our original designs looked like this: 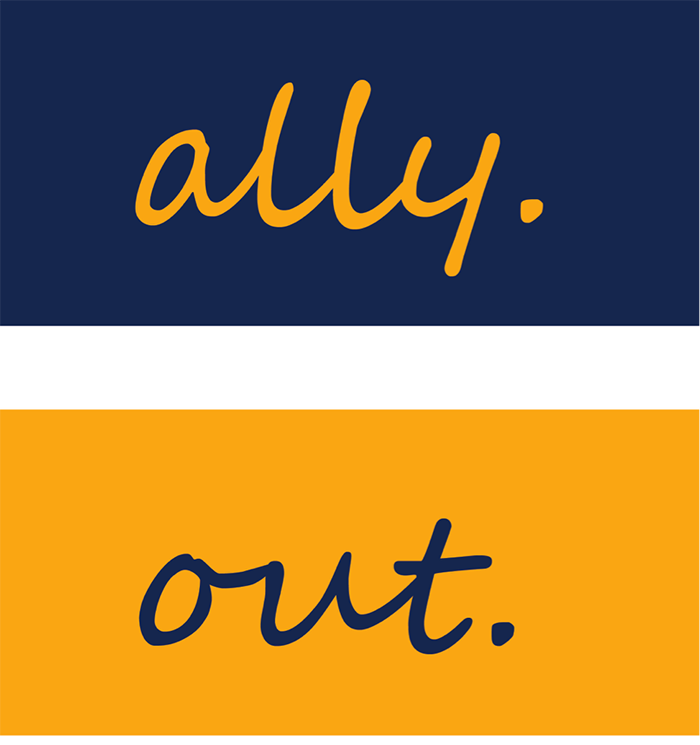 In talking to the Q@Haas board—mostly gay males—we were quite happy with the design and thought the shirts looked really good. It was a conversation I had with Nikita Mitchell, our Haas MBA 2015 class president and LGBTQ member of Q@Haas, which made me realize that my myopic focus on allies would force everyone else within the community to label themselves as “out” or not participate. There are certainly peers at Haas who had not come out, or weren’t sure if they were “out.” What shirt would they wear? Our conversation made me realize that the shirts would accomplish the opposite of what we hoped for, and in fact exclude some people. I was so focused on the ally perspective, thinking about how allies would want their own shirt so that no one thought they might be LGBTQ based on the shirt they were wearing. That was my own insecurity shining through.

Final designs were due to our printer in two days, and we were just about to take orders. We had gone through multiple designs already to pick those two shirts. I got on the phone with our co-presidents and we knew that we had to change the shirt. We decided we’d create shirts around the theme of Pride. We landed on a simple design, and in the process we found a term that encompassed all of us, allies included: Proud.

To me, this story highlights that being an ally is an ongoing process. Allies need to remember to ask questions and recognize the gracious understanding we get from our LGBTQ peers. Without that frank conversation with Nikita, a well-intentioned project could have alienated some of our Q@Haas community in the process. Instead, thanks to dialog and understanding, we were able to make something that brought people together, and that people wear almost every day. These shirts are a visible symbol of the inclusive culture we’re actively trying to build at Haas.

Read more Berkeley MBA student perspectives on why it's important to be an ally:

Berkeley MBA Students: Proud to Be LGBTQ Allies, Part I